After almost 20 years of looking at its ugliness, last winter was the final straw. Yes, the chimney is gone!

Here are some before pictures:


We hired a local mason (Dan) to do the dirty deed. We also looked at the choices in 'brick'. Nothing even close to 1964 painted brick is available in this millennium, so we had few options. It turns out that the most durable choice was called Lafitt stone by Permacon, and it is a concrete product made to look like brick.

They put it up like brick, but hopefully it won't come down like our brick. We don't plan to do this again. 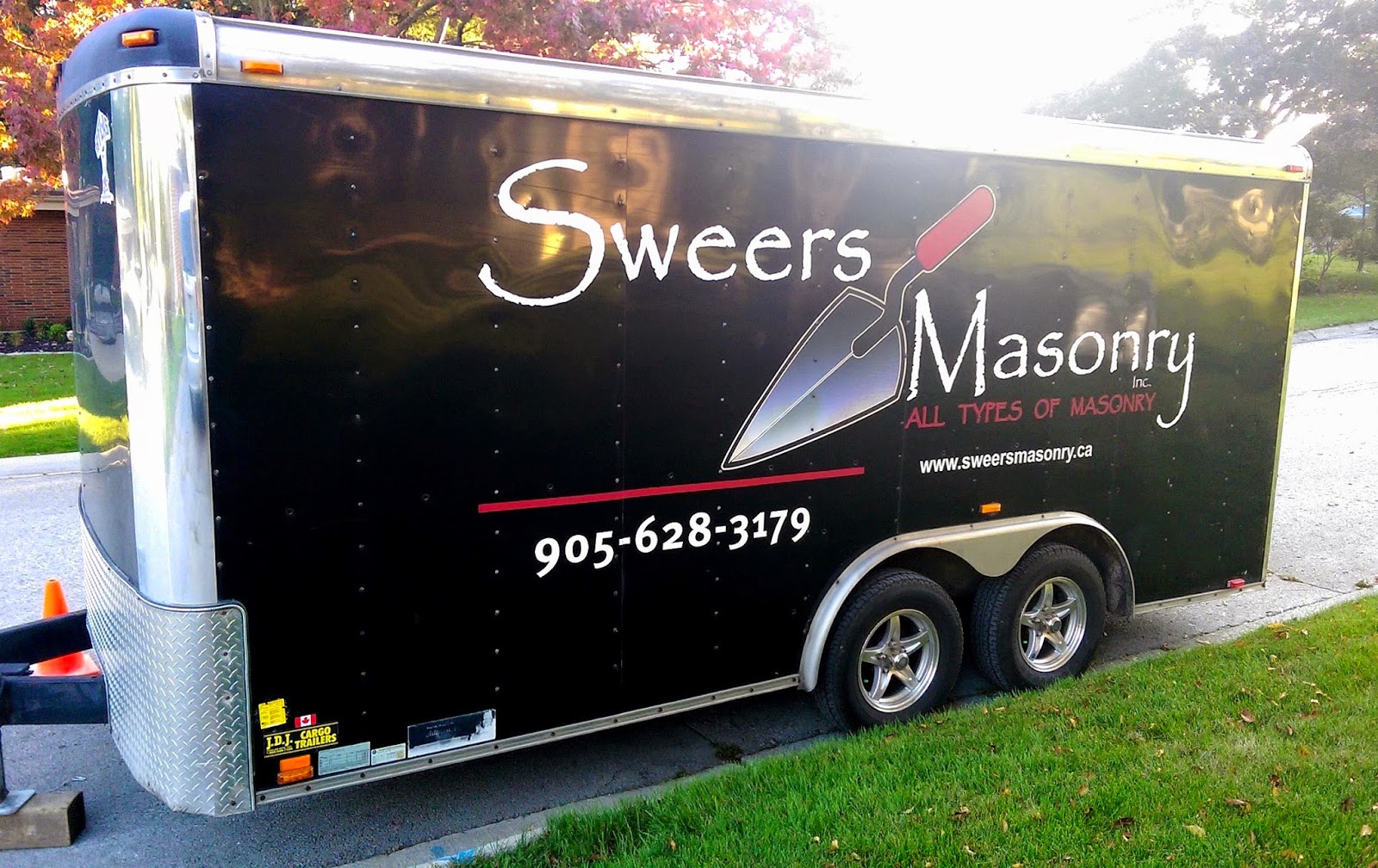 They started work late on a Thursday afternoon and had the chimney completely gone by the time I got home.  Apparently it was quite noisy and dusty in the house.


The original builder of the house was not particularly skilled at installing clay chimney liners - here it is very poorly done. Lots of gaps between the segments.  Not a safe situation if used for a wood-burning fireplace (which we did for many years).


We had several spalling bricks at the back of our house near where our furnace exhausts (moisture is always the culprit), so they took out a large area and prepared to replace them with recovered bricks from the demolition on the side of the house.


Friday morning they started building the new chimney and got it built all the way to the top before we got home. More dust was made and lots of noise (Adam is off Monday's).

They realized that they needed to install a large piece of stone to cap the base under the lower roof line, so that was put in on the Saturday.

A few of the workers were working on Saturday to touch up some things (I think) but were done in a few hours.
The clean up and caulking crew worked Monday (today) until just before lunch then packed up, ready for their next job. The whole process took 2 full days plus about 5 hours in between to finish.
We think it turned out great! People going by have commented that the colour choice was perfect for the existing brick.

The only thing we may need to deal with is water/snow accumulation at the crux of the roof and the new chimney. Water might sit in that spot, so we could try to redirect the small amount of water that does comes down that side (it is under the overhang from the roof section above). Maybe just some flashing would do it? The stone cap is angled in two directions to shed water that gets on it from above.

Well, there you have it. It was a huge expense but it was also absolutely necessary to maintain the structure of the house. We should be safe for another 50+ years. Looks nice too.

The other benefit, now that I think about it, is that Santa can't claim it is an unsafe work environment - no more risk of a Christmas eve work refusal!

Email ThisBlogThis!Share to TwitterShare to FacebookShare to Pinterest
Labels: chimney

When we went for our normal hike this weekend, Wendy was bound and determined to get a picture of me for the blog since I rarely show up on the shiny side of the camera. She got one that was OK, and (surprise, surprise!) it showed me with my new camera.


Now that we've gotten that bit out of the way, here are some of the pictures I took on the hike. It was an absolutely beautiful day and the sun was actually beaming through the trees. It reminded me of the Clint Eastwood quote from the "Bridges of Madison County" - he called it "God light". Maddy liked it too.


The fall colours are not quite at their peak, but it was a good show nonetheless. Lots of green still around, but the yellows are certainly starting to predominate.

My favourite image was one I have photographed many times but couldn't capture the right feel. There is an old building in an orchard that is surrounded by a meadow (a euphemism for 'weeds'). I played around with the white balance and colour temperature a little, and I think it turned out the way I was hoping. I will definitely use it as a wallpaper for my computer desktop.

Our chimney repair should be finished by tomorrow, so I will pull together a few of the record shots this week to show some before and after shots. So far, it looks great!

Here are a few pictures from Wendy's cell phone taken during the Disney World trip that Wendy and Parker went on with Mel and Murray. They also took in Universal Studios while they were in Orlando. They stayed just outside of Disney itself at the Bonnet Creek Resort.

Since I wasn't there, I won't be able to explain any of the details of the photo locations, but it sure looked like they had a good time.

Just for fun, here is a quick video of Mel and Parker on the Teacups ride.